Yes, I know that’s not exactly what he said.

Second, for those who don’t know. I first posted this image back in January 2016…

…and it’s with that in mind that I just want to say to President Biden:

Seriously, it’s nice to have you aboard. Hopefully it’s not too late.

There was an article in The Atlantic recently titled, “Trump’s Presidency Is Over. So Are Many Relationships.” There’s a lot in it that resonated with me, in particular the following:

“If we fundamentally can’t agree that Black lives matter or that people have human rights to be protected and respected…that is a very different divide than, ‘We can’t agree about trickle-down economics.’”

Unfortunately, that’s as hard-hitting as the article gets. For the most part it takes the tack of “why can’t we all get along,” and “should who you voted for matter so much?”

Yes, it should. And it does.

These relationships are not falling apart because Republicans lowered taxes on the rich. They’re falling apart because Republicans have become a fundamentally bigoted, authoritarian cult. Look at the GOP’s 2020 platform, which boils down to “Whatever Trump says! 👍 Do I need to trot out the “fine people on both sides” thing again? Or sharpie gate? Or the half a million dead people from COVID? Or gassing people for a photo op? Or the January 6 invasion of the capitol? Or Qanon? The revival of Jim Crow laws? What they’re doing to trans people? The list is horrific and seemingly endless.

I would argue that as painful as it might be, it’s good that these relationships are ending. Think of it in terms of Karl Popper’s Paradox of Tolerance. There are beliefs that should be considered beyond the pale, and if friend or family espouse them, cutting them out is the only moral thing to do. They are not “people you disagree with.” They are bad people.

Not that my endorsement is going to mean anything, but with Super Tuesday coming up I figured I would put my support in writing, to go with the yard sign we should be getting soon. I’ve been impressed with Elizabeth Warren for some time, and think she would make one hell of a president. Yes, she has a plan for everything, but more than that she has the ability to articulate her positions with a clarity and passion that is striking.

Sidebar 1: I think it’s a requirement this election cycle to say this, so I’ll get it out of the way first thing. Any of the current Democratic candidates would be better than Donald Trump. Come the general election, I will be marking the ballot for whoever the Democratic candidate is. Moreover, I will be marking the entire ballot Democratic. As bad as Trump is, he only the summit of the shitberg that is the modern Republican party.

Policy aside, I put Warren in the same camp as Katie Porter, Alexandra Ocasio-Cortez, and maybe Adam Schiff. These are representatives who do their homework and are a joy to watch in hearings as they take apart whatever toady is in front of them. Elizabeth Warren is known for doing the same thing. Do a Google search for “Elizabeth Warren hearings” to get some links to her at work, or you can watch a supercut of some highlights:

With that in mind, I want to make special note of the recent Nevada debate. Here’s another supercut:

These edited clips do tend to make everything more intense and dramatic, but still. Her evisceration of Michael Bloomberg was a thing of beauty.

Sidebar 2: I’ve seen several people remarking that Warren’s takedown of Bloomberg is a sign of how she would similarly tear Trump apart. I don’t fully buy this, because for all his many flaws, Bloomberg does seem to partake of reality in a way that Trump does not, and he similarly seems to have some amount of shame, a burden the current president does not share. So she may go after Trump with the same vigor, but I don’t know that the reactions would be the same.

One other thing on the last debate— there have been a few posts (possibly paywalled, in which case…sorry) on Talking Points Memo recently touching on the “Despair and Withdrawal” some are feeling. I certainly share some of those sentiments. Warren’s debate performance at least temporarily made those go away, and judging by how my Twitter feed lit up, I’m not alone.

Finally, Warren seems to get that what is happening to American government right now is an existential crisis in the way that I don’t think other candidates necessarily do. If she is elected, I am confident that she will be able to both put agencies right that Trump is tearing apart, and she will allow the DOJ to pursue investigations and prosecutions as appropriate. In particular, I don’t trust Biden, Bloomberg, or Buttigieg for a second to do that.

Sidebar 3: It’s pretty clear that Sanders is very close to Warren on a lot of issues, and if he gets the nomination hopefully this is one (I haven’t researched it). If we had ranked choice voting, he would be my second choice.

P.S., who doesn’t want a cougar in office?

I’m more inclined to Elizabeth Warren than Bernie, but still. This hits hard in a way that resonates with me.

So if you’re a Trump defender, whether one of his scum voters or a craven congressional worm, you’re obviously comfortable with having a fucking criminal lead you because it makes you feel big and important. You’re a failure of a human being, but fuck it. 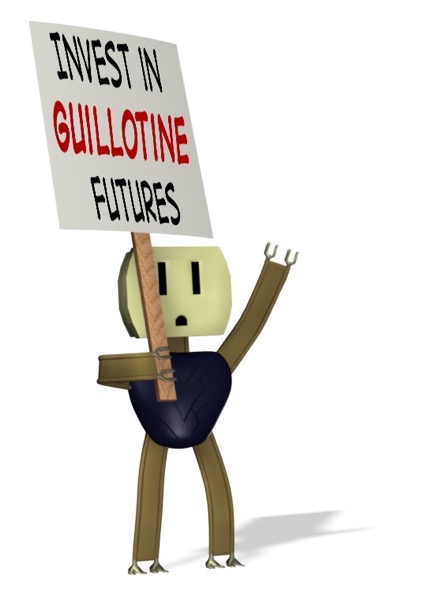 Okay, so I don’t know that I have GOP relatives plural who are into Ms. Owens, but I know there’s at least one based on being a follower of her on Twitter. So…yay?

This is Candace Owens, head of communications at @TPUSA, a pro-Trump think tank beloved by my GOP relatives, explaining that the problem with Hitler was that he was a "globalist" – not, say, that he exterminated millions of Jews, gays, and disabled people. https://t.co/7Nkjsmj3BS

So…found this on the NY Times, about legislative efforts underway to essentially ban future government shutdowns. Sort of a “save us from ourselves” law, I guess. Personally, I’m for the idea, but then there was this:

Under his [Senator Rob Portman (R)] plan, which has 18 co-sponsors and rising, funding at existing levels would continue for agencies covered by an appropriations measure that was not signed into law by the beginning of the fiscal year on Oct. 1, preventing any lapse that incites a shutdown. To spur a resolution, funding would be reduced by 1 percent after 120 days if no agreement is reached and by 1 percent more every 90 days.

If you want to incentivize Republicans, make them meet with their constituents. Every week there’s no budget agreement, they have to hold a town hall meeting in their district or state, each week in a different precinct (for reps) or district (for senators). I guarantee we’ll have a budget on time every year.

Came across a piece on The Intercept today, arguing that instead of the usual fact-checking of the Trump administration we should be taking them to court.

The Information Quality Act, sometimes referred to as the Data Quality Act, is an obscure law enacted in 2001 as a rider in a spending bill. The initial idea behind the legislation was to guarantee that agencies of the U.S. government are held to reasonably high information-quality standards as more and more of their reports and data were made available on the internet.

The legislation directed the Office of Management and Budget to establish standards for information distributed by U.S. government agencies. The guidelines require information published by U.S. agencies to be objective and honest, with any analysis based on clear and transparent methodology.

I hadn’t heard of this law before, and there are apparently already a few lawsuits leveraging it. However, I would imagine they’re only going to be able to target official documents coming from the government. That’s all well and good, but it won’t do anything about the garbage coming from the man himself, let alone the right-wing media that supports him. For that, we’ll still need the media to do its job.